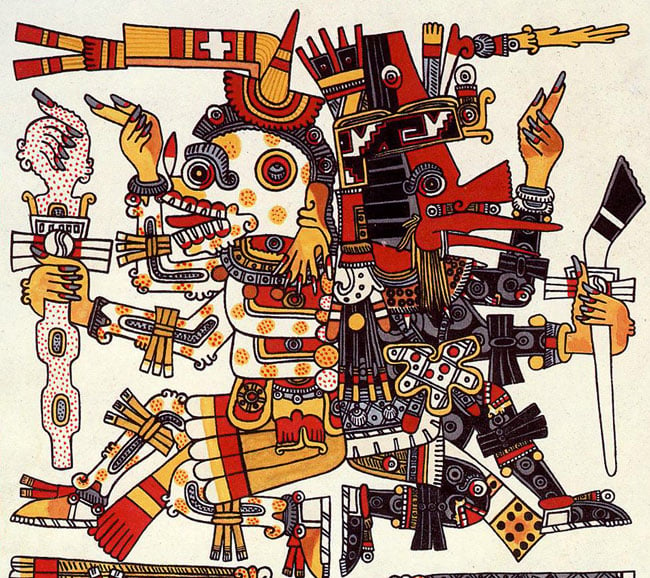 The philosophy of the Old Grandfathers
Humans have lived in civilization for approximately 10,000 years. The basis and essence of the wisdom they practiced in life, were few but important concepts. With time, these precepts that once were imperative and zealously applied in the society, were forgotten. The so called educated man, set aside the ?old? things of the past and proceeded to ?improve? the ancestors? teachings. The final result produced an entangled skein of black thread that could not be unraveled. In this confusion, man was no longer to determine what was true and old and what was corrected or added. That is why, modern man is not able to see clearly that when European universal knowledge and wisdom that has been practiced in the last 200 years, left out the five philosophical truths that distinguished man from beast, giving meaning to our existence. 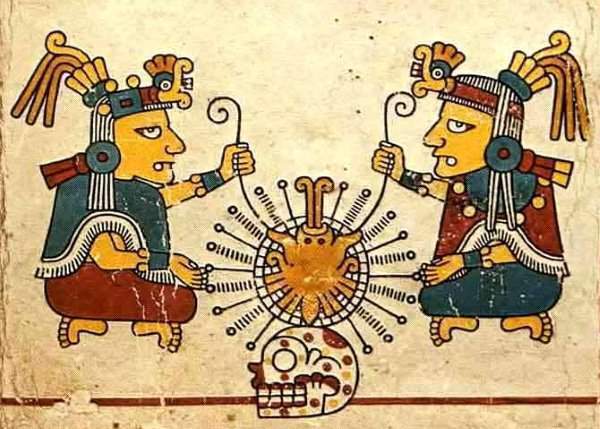 One of these truths is the basic principle represented in all civilizations of what is complementary to opposites. Our Old Grandfathers throw light in this truth that is represented by a deity named Ometeotl. This is the god of divine duality. The philosophy of this duality, was known by our ancestors as Toltecayotl. Ometeotl was a powerful god, the one for whom they live. He was the lord of everything near and far. The name is a Nahuatl word that literally means: Ome ? two and teotl ? god. The universe maintains a balance between this duality: opposite and positive. Both are complementary to each other. Man, foolishly, see this balance as unimportant.

Yet, man must continue to achieve this equilibrium in life. Perhaps, a good example of this balance can be explained in the differences between a man and a woman. The differences are balanced when both beings get together. It is not possible for an individual to maintain a distance between the two. Creation produced this opposite/complimentary situation and the balance is of this law is then seen in the fruit of a union between the couple: children.

This is how our Old Grandfathers understood and identify this balance known as Tonal.
The laws that governed the world were negative and positive, opposite and complementary, cold and hot, dry and wet, night and day, etc. Agua Quemada or Burnt Water, to our Old Grandfathers, signify the epitome of knowledge. Water was, more or less, burnt on fire and the steam was the result of a creative force. The steam, however, was considered to be superior to the two other elements because like steam, the philosophy of ancient Mexico was taught by the Nahuatl philosopher, Tescatlipoca, whose name means Smoking Mirror.

Man and woman no longer walk the complimentary paths. They are in perpetual competition with one another because they walk in different paths. This are considered to bring power, riches, knowledge and success. Both, man and woman, demand social recognition. Women desire to be superior tomen because commerce and government have divided the fundamental principles of the former. Men and women alike do not realize that they are being exploited and manipulated in this modern society. We must try to recuperate and practice the universal principles and truth that were once part of the wisdom taught by our Old Grandfathers and this might help us to create a society more humane and just.
Dear reader, what do you think about all this?